Posted on October 9, 2017 by Fringe Paranormal

On behalf of Fringe Paranormal I am pleased to introduce the old South Main school in Bowling Green, Ohio. Founded in 1890, the school maintained its operations until it closed in 2005. It briefly functioned as a common space arts center until 2013 when it shut its doors for good. Even before it closed in 2005 stories circulated about strange happenings at the school. Phantom footsteps; piano music from the gym; bumps, knocks and taps; disembodied voices and EVP phenomena have all been experienced in the building. 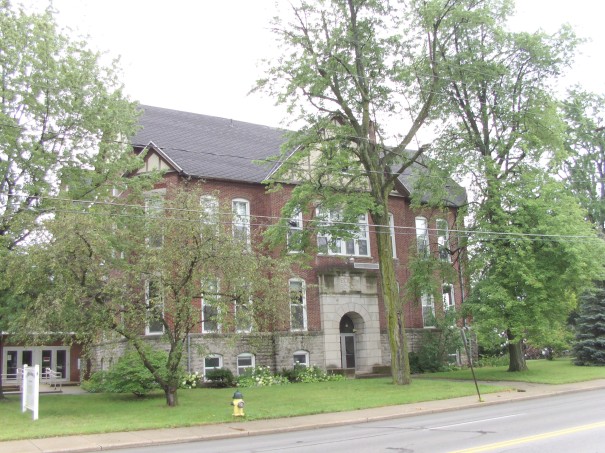 While we don’t know for certain what is behind the phenomena we have unearthed some interesting history. We know the old school sits on the area once called the Great Black Swamp (an area known for death due to pestilence and disease as well as hostile activity during the War of 1812). We also know of two children at the school who died. One boy passed due to cancer. One girl was injured during recess, incurred a head wound, and later died at home.
One ongoing rumor, that is unproven thus far, is that a former school custodian suffered a heart attack in the building and passed away.

Little did we know that several years after our first investigation at the school that we would become its caretakers.

After the Fringe team recently gained caretaker status of the school we were raring to go on our first investigation there in over 5 years. It did not disappoint. An independent “test investigation” with a team from Dayton also proved to be active. A recent investigation with the 222 Paranormal Podcast team and paranormal author / filmmaker Chris Bores also had positive results.

You can connect with us through Facebook or via our contact page here on the site with any questions.  Don’t forget to check out our South Main Investigation reports

Evidence can be found here Evidence

We hope to see YOU at the school!