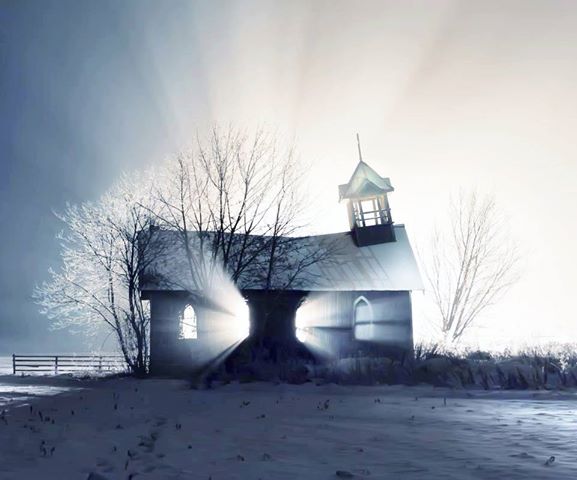 In death there is peace. Sometimes, however, the dead simply can not rest. Especially when their death was brought about by their own hand. The residents of a farm house nestled on a country road believe this to be the case. Does the restless soul of a suicide victim wander, lost for all eternity? The Fringe Paranormal team went on a journey to discover the truth.

Location: a home in Monroe, Michigan

The subject of this investigation is a farm house constructed in the late 1800s. This two story home has several outbuildings including greenhouses and a garage. One thing that should be noted is the fact that Monroe County had a large Native American population for a long period of time. Just a few miles to the north of this site is the Village of Dundee. On the northeast side of the Village of Dundee was the site of an Indian reservation until the mid 1800s when the entire native American population was force marched to Oklahoma with a good portion of the people dying along the way. One other thing of note is the fact that Monroe County has numerous family burial sites with a number yet to be discovered. To say that this is a potential cause for any paranormal activity is only speculation.

Residents of the home include a parent and her two older children along with two cats. Voices have been heard in the home and shadow figures have been seen upstairs. A figure thought to possibly be a former resident of the home (now deceased) has allegedly been seen leaving a bedroom and moving down a hallway. A female resident reports laying in bed one evening and feeling what she thought to be her cat jumping up on the bed. Upon investigation, she found this not to be the case. No cat was present. Residents also report the sensation of being touched by some unseen force. The homeowner also believes that two persons died on the property by committing suicide.

As mentioned previously this two story home, which rests on a large plot of farmland, is alleged to be the focus of some strange activity. The Fringe team was enlisted to try to explain the goings on in the home. Upon arrival we toured the area with the homeowners as they related their odd experiences. At the conclusion of our walkthrough we proceeded to place video cams and stationary voice recorders throughout the home. Tonight we also utilized a trigger object. We placed a toy mouse on the floor and marked its location with tape. If the mouse were to be moved we would be able to notice. A cam was also trained on the toy mouse to document any movement that might occur. While we planned to investigate the entire home we decided that the upper hall area and its adjoining rooms would be our main focus based upon the claims related to us. We located our base of operations and video surveillance station in the kitchen. It is important to note that the main entrance to the home is via the kitchen. As we were setting up our surveillance system Director Don and the family members present heard the front door knob rattle. We were all expecting someone to enter the room. No one did. To our surprise we found no one outside. Towards the beginning of our investigation all three of our REM pods sounded. In the past we have discovered that radio signals can set off the pods. In order to determine if such signals were the cause in this instance we utilized our wireless RF detector. As the name implies, this piece of equipment can detect the presence of RF emitting devices. We determined that signals were being emitted by something in the area. Thinking it possible that our walkie-talkies were responsible we shut them off. The pods immediately stopped sounding. The team split into two units. Kelly, Al, and LeeAnn started upstairs while Don, Chad, and Matt began their investigation downstairs in the basement. The Fringe team performed EVP sessions throughout the night in hopes of capturing some audio evidence. At one point, later in the evening, the REM pod in the hallway upstairs sounded. Kelly’s team also reports hearing a whistle downstairs. An inquiry confirmed that no one in the home whistled at that time. The rest of the evening was calm with no report of any strange activity. At 3 am the team ended the investigation for the evening.

As there are claims of deaths on the property one of the team’s main tasks was to research the history and past ownership of the home. This is common practice after our investigations and usually involves a trip to the county recorder’s office. As the home is in a rural area tracking ownership proved to be difficult. Records are sometimes not as easy to locate in rural areas as they are in urban areas. Problems with house numbering and plat descriptions hindered this part of our investigation process. The homeowners believe that a person committed suicide by drowning in a pond near the home. There are a few ponds in the area. We were able to verify though a death certificate that a neighbor did indeed drown by his own hand but were unable to verify the exact location of the incident. We also found a death certificate for another person who allegedly passed away in the home. The cause of death for this person was ruled as natural causes rather than suicide. While this person’s death certificate lists him as residing at this location at the time of his death, we question its validity. The death of this subject occurred long after the current residents took possession of the home. We also can not verify that the subject did indeed ever purchase or live in this particular house based upon the factors discussed previously. We can not explain why the REM pod in the hallway upstairs sounded. However, we can not accept this as evidence of paranormal activity in and of itself especially as it only sounded one time. The whistle heard by our agents was captured on audio and remains unexplained. The Fringe team also captured several interesting EVPs.

This investigation turned up some very intriguing audio. We believe this location merits further study. More research into the property itself will hopefully resolve issues with past ownership of the home. This, in turn, should determine who, if anyone, died on this property. This will aid the Fringe team in directing future investigations.

*In some audio you can hear other Fringe agents talking in the background.  We have verified that they are not responsible for the anomalous “voices” or “noise” in the following clips