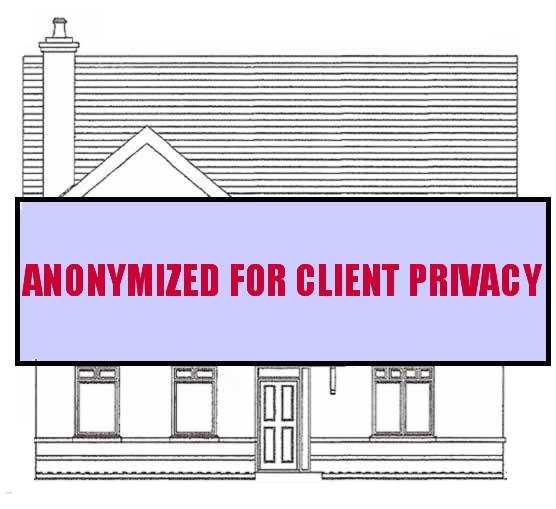 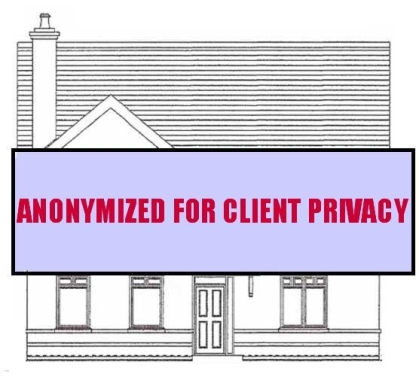 In mid-July, Fringe Paranormal investigated claims of paranormal activity in a home near Dayton, Ohio. The residents were more perplexed by than fearful of the activity. They contacted us to investigate and perhaps find a natural explanation for the strange occurrences in their home.  At the residents’ request the location and identities of the persons involved have been “anonymized“.

This home in the Dayton, Ohio area was constructed in 1962. Since moving into the residence  the new owners report experiencing unexplained activity.  The activity seems to have began with a child in the home seeing shadows inside on the walls in the hallway. Shortly thereafter adults in the home also reported seeing said shadows.  One person in the home reports seeing something at the end of the hall resembling a person, perhaps dressed in cowboy apparel.  There has been a report of  banging inside the ductwork of the home on one occasion. Another occupant reports that while doing dishes one evening a cabinet door closed of its own accord.  The occupants also report that a glass bowl stored in a bottom cabinet moved across onto the floor under its own power.

Fringe Paranormal arrived at the target location at 10:00 pm. Upon arrival the team made an inspection/tour of the property and spoke to the clients about their experiences. The purpose of this brief interview was to get updates on recent activity in the home and to corroborate facts obtained in a pre-investigation interview earlier in the month. The five members then broke into two person teams with Peggy remaining with the homeowners or floating amongst teams as needed.  Both teams spent the evening conducting EVP sessions and observing their surroundings for signs of anything out of the ordinary.

The teams also tried to find natural explanations for the clients’ claims. As mentioned earlier the client reported that a cabinet door had closed on its own. This in itself is not spectacular in that any number of factors could explain such an action. Upon inspection, however, it must be noted that the cabinet door in question does not click shut due to magnets along the top of the door. This cabinet shuts securely due to a “click-shut” roller mechanism. A significant amount of force must be applied in order to shut the door. Don and Brenda experimented with closing the door partially so that the door was barely into the roller. This in itself proved to be a difficult task. After numerous attempts we were able to shut the door to the point where after a short time any vibration or natural pressure would cause the door to close the rest of the way into the roller system. This in turn created an audible “snapping” sound as the door clicked shut.

The client also has  experienced the front door to the home opening on its own from a closed position. Upon inspection, the team found that unless one pushes hard on the door, the knob may not click firmly into the door jamb. We found that if this was the case that the door could unlatch and open.

There was also an incident reported where a glass bowl in a bottom cabinet moved from the cabinet to a point about three feet away onto the floor. The homeowners did not actually witness the occurrence but did hear it from another room. This could be explained by natural forces as well. If the bowl were stacked upon other items and the stack became unstable this would naturally lead to the bowl falling from the cabinet. In order for the bowl to move said distance without breaking, it would be likely that it was stacked on top of some sort of tray which slid out and provided a ramp of sorts for the bowl.  It should also be noted that carpeting in front of the sink area could also protect the bowl from breakage upon its descent.

After some time investigating, Scott and Kelly reported hearing scratching noises from inside the bathroom. Further inspection revealed that wind or air currents were not to blame as there was no window open or air conditioning turned on at the time of the incident. Investigators agree that the sound could possibly be due to a rodent or small animal in the wall or beneath the home as the house lies on a slab/crawlspace.

At one point in the investigation members undertook the task of trying to find an explanation for the shadows seen by the clients. Don walked in front of the windows in certain areas while other team members shined lights on him so as to produce shadows. The investigators experimented with distances and angles and came to the conclusion that it was possible to cast shadows into certain areas of reported activity. The team believes it very probable that shadows were generated from a nearby neighbor’s garage/driveway area.

During its investigation Fringe Paranormal detected high levels of EMFs in the area. These high readings radiate from the refrigerator in the kitchen and emanates into the hallway which lies adjacent and to the rear of the kitchen. Some studies suggest that high EMF readings can contribute to feelings of anxiety, paranoia, and restlessness in sensitive individuals. While the residents do not report feelings or symptoms associated with high levels of EMF, this may provide a partial explanation as to why the residents may feel that strange things are occurring in the home.

As with most investigations the time came when team members took a break from investigating for a short time. As the team stood outside the residence an investigator noticed a light in a side room switch on. We assumed that it was one of the residents but the homeowners denied switching on the light. Unfortunately, FPI did not have a video camera stationed in that particular room as there was no unusual activity linked to that area. Therefore, claims of paranormal activity related to this one event cannot be confirmed or denied. It is possible that the light was inadvertently switched on by the client. As it is such a normal everyday action to do, it would not be unusual for a person to forget turning on a light or to not be aware of doing such at the time. At around 2am the Fringe team wrapped up the investigation and headed back to its home base in Toledo, Ohio.

The homeowners do not feel any type of negativity in regards to the activity they have reportedly experienced. During the investigation no team member felt any type of foreboding or anxiety. If there were any type of paranormal entity present we would conclude that it was a benign presence.

Objectivity and scientific method requires that the group base its conclusions on the evidence obtained. The activities reported by the client appear to be one time occurrences with no observed pattern to the activity. Our investigation leads us to believe that the majority of claims can be explained by natural means.

Based upon all of the evidence and the impressions of all investigators, Fringe Paranormal is quite certain that the homeowners can rest easy in the fact that there is no negative activity or paranormal activity associated with the location. The group will, however, remain attentive to the concerns of the client.